Haven't I Seen You Somewhere Before? 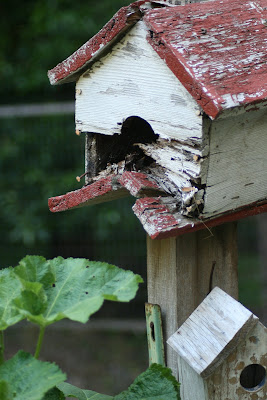 [T]ime is infinite, but the things in time, the concrete bodies, are finite. They may indeed disperse into the smallest particles; but these particles, the atoms, have their determinate numbers, and the numbers of the configurations which, all of themselves, are formed out of them is also determinate. Now, however long a time may pass, according to the eternal laws governing the combinations of this eternal play of repetition, all configurations which have previously existed on this earth must yet meet, attract, repulse, kiss, and corrupt each other again..."

We are all of this and nothing.

Big Wet Kisses from the Deep End of the Wading Pool,

Email ThisBlogThis!Share to TwitterShare to FacebookShare to Pinterest
Labels: Phooling Around with Philosophy

hehe to the comment you left on my page

and i would be more than happy to help you ^_^

i'd want to keep shopping with you too

So so so nice to see you!! I'm glad to hear you get some relaxation time along with all your hard work.

hey darling i found this website and thought of you instantly

Boracay accommodation said...
This comment has been removed by a blog administrator.
1:10 AM

It is very interesting for me to read this article. Thank author for it. I like such topics and everything connected to this matter. I definitely want to read more soon.

I really appreciate your
effort in gathering up the information. Thanks for it.