And We Got Lost On the Way

Haaaalooooo?
Anyone left out here?

Well, I sure didn't mean to wander off like that.. August. Phew.  And 20 days later? It's like, pretty much over. 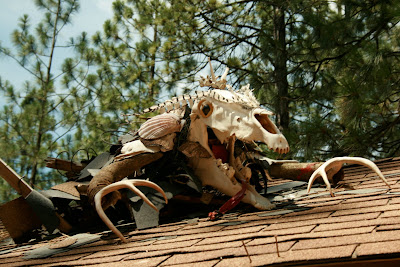 We did some camping and swam in some secret swimming holes in the High Sierras in August. 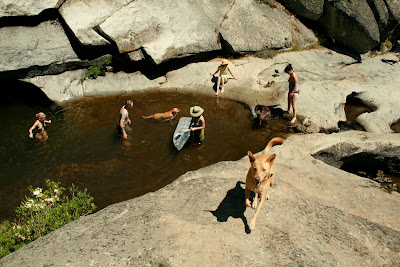 Made books at the Museum of Folk Art and Craft in August. 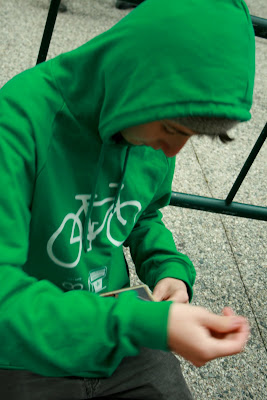 Watched Scott Pilgrim VS. The World and the quoted it to each other all this week. Not since Napoleon Dynamite has a movie invade the conversation in this manner.
"Scott, if your life had a face, I would punch it."
I loved me some Kim, and Wallace. 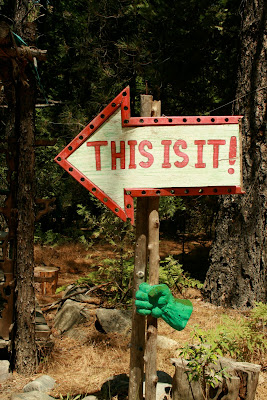 and I've been doing a lot of extra secret sewing for the FashionArt show.
But it's a blogging black hole because it's a secret... for the Fashion show. Afterward I hope to have a blognanza of bloggy good blogness but for now.. Just a super veil of secrets.

Anyhooo. I've got my tiny giant high schooler back in school and I think it's time
to try and catch up with all of ya'll. And to all the people who kept checking in...

You are my sunshine. The wind beneath my wings...all that.
Don't you ever change.
Posted by You can call me Betty, or Bethany, or Beth ...Just don't call me late for dinner. at 5:43 AM

I'm glad you're back!

So, I'll just keep looking forward to your blognanza of bloggy good blogness, then!

Sounds like you've had a eventful summer.
I'm looking forward to seeing what's under the super veil.

Glad to see you back! Been missing you. I look forward to seeing what you're working on--your surprises!

Your August sounds like it was fun! I'm going to Yosemite for the first time (I'm a California native and I've never been!) this weekend. Any secret swimming holes there you can recommend?

PS. Welcome back to blogland.

You can call me Betty, or Bethany, or Beth ...Just don't call me late for dinner. said...

Hey Rebecca...
I don't know of any in Yosemite, but that's near where I grew up and you can't beat it.. My childhood friend Evan Russel works at the Ansel Adams Gallery and does some of the photo walks I believe...
Those are worth it if you have time!

That creature in your first pic is fantastic!

I wish you well with the super secret sewing and look forward to bloggy goodness whenever you are ready.

High Sierra's? Not too far from our neck of the woods! I miss camping we haven't been able to go the last 2 years. Darn work!!

Still here! That sure is a pretty spot. I've got to catch Scott Pilgrim before it disappears.

Oh, hello, you! Good to see you. Those swimming holes look divine. :D