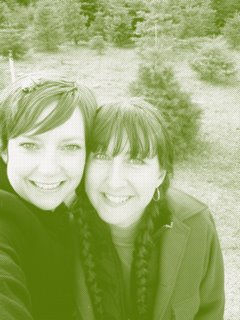 So what is left? What would be a surprise?

1) Most of the accomplishments I have attained are a direct result of sibling rivalry. Had I been an only child I would probably be a bum. I learned to cook, clean, dress better, and be friends with actual people because my little sister was already kicking my butt at these things.

2) I have been told by several people who purport some knowledge of the unknowable, or deep knowledge of me, that I have a respectable level of psychic ability. This includes Tony of the now defunct line of "Tony and Tina" cosmetics, and my loving and stable mother, as well as a couple of palm readers.
I have had a few instances when this could have been an explanation of displays of coincedence/intuition. However, it sounds strictly wacky, so I generally rely on other methods for getting ahead in life. It hasn't helped me win the lottery. However, I am considering learning the Tarot as a fall back career.

3) My bio-dad is no picnic.
He doesn't know my birthdate and had dissappeared for up to 8 years in a row while I was a kid. No Christmas cards.. Nothing. At the time, it turns out, he was a kind of "stand in" dad for a guy named Yousef. Not married to his mom.. more like the "bad role model" version of the big brother program, only like a dad. When I re-met him, when I turned 21, he tried to set me up with Yousef. If I had actually gone for it, my dad would have been like a quasi-step-father-in-law-biological dad.
That's pretty weird. Or maybe it's just creepy.

4) I watch The Lord of The Rings trilogy and all the bonus materials far too much. Star Wars too. Like a strange teenage fan-boy. I tell myself it is for the craft. Who am I kidding?

5) I think my step-dad's mom (my Grandma Hines) sends me gifts from beyond the grave. Just little" Hi, how are ya?" gifts. Like, when we moved in here, the phone book that was delivered was from Mt. Shasta City. That is where she lived. And it is about an 8 hour drive from Brookdale. I also dug up some World's Fair pottery shard in the back yard. That is where she went on her honeymoon.
Just a little shout out from Helen... "Hey, Helen!"

6) I know all the words to Hold On Loosely by .38 Special and Working for the Weekend by Loverboy...And most of the words to most of the songs in Xanadu too.. That definitely gets filed under "creepy". Have you watched that movie again as an adult. It is painful.

I tag anyone who hasn't already done this..

Bueller? Anyone?
Posted by You can call me Betty, or Bethany, or Beth ...Just don't call me late for dinner. at 9:12 PM

Lord of the Rings? Star Wars? I think that would surprise me, if I hadn't illegally downloaded all SEVEN seasons of Star Trek Voyager and dumped them onto DVDs so I can watch them at my leisure. Maybe we're both teenage boys?

i know all the words to those songs too. but i think i have bragged about my lyric idiot/savant-ness here before. good weirdness. people have told me i have psychic powers before, too. but i think i am just very intuitive (and an empath)...

what is the craft connection w/geeky film obsessions? :)

first stop here and how much fun has this been! bookmarking and returning.
you are a natural.
love your beyond the grave stories!
i'll be back. - susan

but don't get me started on Georgie deciding the add stuff 20 years later. lalalalalala i can't hear you.

I love the gifts from Helen ... that's so awesome. You and I are alike on the bum, thing. I'd dress like a lumberjack/trucker/homeless dude if it weren't for my husband's good taste. I'm focused inside, not outside. :)

I always find psychic abilities and beyond the grave stuff interesting. I'm not a religious person, but I *do* think there are things that go on in the world that are unexplainable -- that we just haven't figured out yet.

you might have said too much!! LOL! Psychic Loverboy fan who watches LOTR like a teenage boy, recieves gifts from beyond the grave and loves her sister... hmmm.. YOU'RE FREAKIN COOLER THAT SH*T!

Sonya said...
This comment has been removed by a blog administrator.
8:50 AM

Someone should chronicle the Xanadu Effect. Try watching Xanadu as an adult with your blasé, skeptic kids. I unquestioningly accepted roller-skating muses. Kids these days- no dice. I think Olivia Newton John might have a hand in it, I re-watched Grease, my six-year-old claims it is her 'favorite' and is gunning to not just re-rent but purchase. I do not remember all that whisper thin innuendo. My memory, but hum a few bars of Xanadu "... now we are here, X-an-na-du!"

I think you might have been the last person to have done this meme. :D It's been trolling the blogosphere for a year now and I'm amazed at how many times I've seen it now.

But also delighted to read the answers each time. :D

I really enjoy hearing all about your surprising personal details!

One really questionable "guru" type guy that my mom was hanging out with got all serious at me and told me that I had been, in a past life, some really important person of the Egyption persuasion (aren't we all?!) and that I had psychic powers. I never fell for all that "I was Cleopatra in a past life" kind of shit because, really, very few people can be reincarnated queens, but I kind of wished he was right about the psychic powers bit.

I adore your blog! I did this same thing on my own blog several days ago. It was fun. I love this kind of thing! I am liking what I see here. I'm nuts about crafts and such! Come on over and visit me sometime!

Anonymous said...
This comment has been removed by a blog administrator.
10:19 AM

Xanadu love is like ABBA love. Or the love of ELO. Often a secret from others, but reveled in privately.

I only know the words to the ELO songs in Xanadu. Whenever I watch the movie I get the creeps thinking about going clothes shopping with Gene Kelly. And I like Gene Kelly...only not as a shopping buddy.

I am a great fan of star wars. The first time I saw Star Wars with my parents I was very young, for me Star Wars is every bit as much a fantasy as it is science fiction. My favorite character is Han .After seeing the movie it initiate my love of science fiction as reading. http://www.mystarwarscostume.com/

It’s a great blog; it was very nice to hear about your personal life. Even I too like the star wars, its one of my favorite movie. http://mystarwarscostume.com/